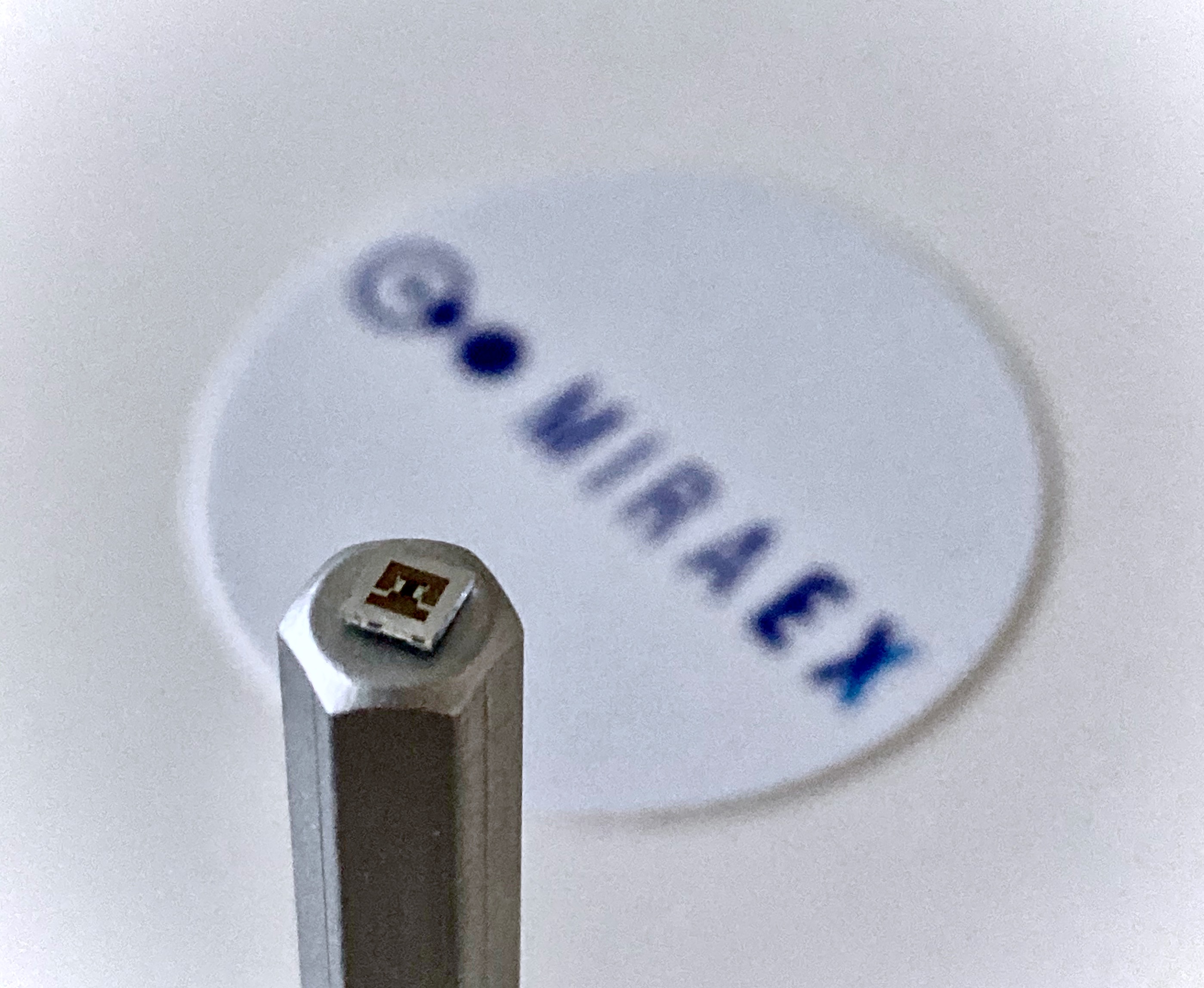 Swiss-based startup Miraex has joined the IBM Q Network, which is a global community of Fortune 500 companies, academic institutions, startups and national research labs working with IBM to advance quantum computing and explore practical applications. As part of the network, members get access to IBM’s quantum expertise and exclusive resources, such as the IBM Quantum Computation Center which includes some of the world’s most advanced quantum computers commercially available.

Miraex is founded by an international team of entrepreneurs and located at EPFL’s Innovation Park in Lausanne. The team of experienced quantum scientists and engineers develops photonic and quantum full-stack solutions for next-generation sensing, networking and computing. They are supported by several initiatives in Switzerland (VentureKick, ESA BIC, InnoBooster GRS, IMD,...) and graduated from Creative Destruction Lab (CDL) in Toronto.

"Miraex represents something of an ideal CDL-Quantum company - an international team, working on the frontiers of science and engineering on a technology that will transform and enhance our lives across many verticals from within grain silos to across dilution fridges. We're also always happy to see our ventures continue to formally collaborate with our technology partners [IBM] after they've graduated the program," says Khalid Kurji, associate director Quantum, AI and Matter at CDL-Toronto.

A key focus of the Miraex team’s quantum roadmap is to build the hardware that solves the challenge of connecting different QPUs (quantum processing units) together. This will enable the realization of a quantum internet, i.e. a distributed network of quantum computers connected via secure optical communication channels. Almost a decade of research made Miraex come up with their quantum converter, which can convert stationary (microwave) qubits into flying (optical) qubits and vice versa.

“This technology has the power to enable the true potential of quantum computing, by connecting different quantum computers together across fridges, finally reaching the critical size to solve commercially relevant challenges. This missing link to scale up the number and connectivity of qubits opens the door to future implementations of large-scale quantum computers, very similar to the evolution of single classical computers into networked data centers”, explains Clément Javerzac-Galy, co-CEO of Miraex. “Connecting different QPUs together will be a natural step in the near future, as it was to connect classical CPUs in the past.”

Using IBM’s state-of-the-art quantum infrastructure and accompanying expertise, Miraex is working on simulation and pulse-level control of quantum hardware. Next to that, “we are also exploring quantum algorithms that are well-suited for NISQ and future networked quantum devices” adds Karel Dumon, CTO of Miraex. The team also has extensive experience in developing quantum software, which they co-design with the hardware. “We are open to collaborate with industrial players who want to investigate the potential of full-stack distributed quantum computing. Being part of the IBM Q Network is definitely a good example of that.”

IBM Quantum is an industry-first initiative to build quantum systems for business and science applications.

For more information about the IBM Q Network, as well as a full list of all partners, members, and hubs, visit https://www.ibm.com/quantum-computing/network/members